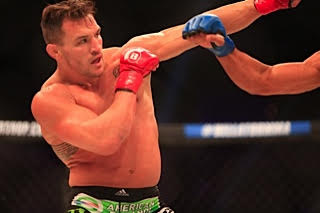 Former interim UFC lightweight champion Tony Ferguson was on an amazing 12 fight win streak. Almost fights with Khabib Nurmagomedov sprinkled in between. Then it all came crashing down around him when he lost three in a row starting with a violent TKO loss to Justin Gaethje. Once the uncrowned champion and now a man fighting to maintain a legacy.

Former Bellator lightweight champion Michael Chandler made the jump to the UFC in 2021. He demolished Dan Hooker and put the division on notice but it all went south quickly as he dropped the next two. This makes him another fighter fighting to stay relevant.

It looks like we will get a bout between the two at UFC 274 on May 7th. The news was broken by Sports Illustrated and various sources shortly after. This should be a solid match-up with an interesting build. Tony is the trash talker and Michael is the all American boy ”I’ll try my best” type. Hopefully, Ferguson can get some fire out of him before the cage door closes.

Here is what Tony tweeted out.

What do you think of this pairing?