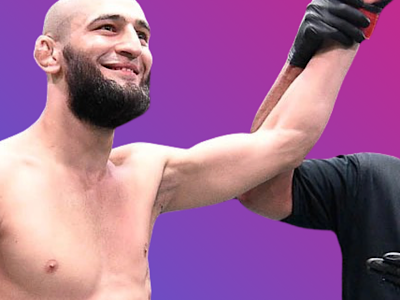 Khamzat Chimaev was called out repeatedly by fellow UFC welterweight Belal Muhammad over the past week. Chimaev has been unstoppable in his four fights finishing all but one of those opponents in the first round. No top tier opponents – but still impressive.

The organization’s marketing around Khamzat has been that everyone is afraid of him and no one is calling his name for their next bout. That is not entirely true but what is true is that he has indeed begun to make a marketable name for himself. A name that is recognized and has value and apparently Belal Muhammad sees it, too.

Instagram has become the battleground for the paur and if there was any doubt that Chimaev would accept his call out this post should remove it.

Tell me when @UFC

It does not get any more savage than that when calling someone out. Posting a picture of yourself focused in training and a picture of your potential opponent crying like someone just stole their ice cream cone. Ouch.