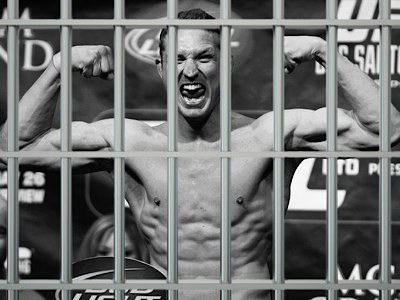 According to TMZ – former MMA fighter Jason “Mayhem” Miller was arrested for felony domestic violence in L.A. It is being reported that he got physical with a woman who had “visible marks on her face and neck”. This is not good news obviously but over the past decade he had quite a few legal issues to deal with.

TMZ is reporting that at 3 AM Friday morning the cops arrived at the scene after receiving a call from a “screaming woman”. Miller resisted arrest and got tased and cuffed after a short scuffle. He was booked for felony domestic violence.

Jason is in custody still with bail set at an unbelievable $1.3 million.

Finally, police were able to cuff Miller … and he was taken to the hospital to be checked out by doctors.