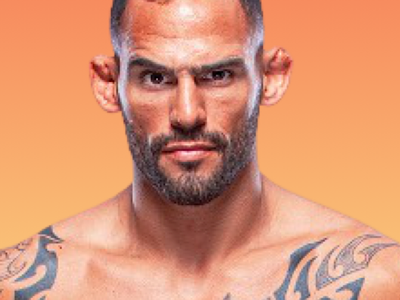 Michael Chiesa is no joke. The UFC welterweight was on a four fight tear before being submitted by Vincente Luque earlier this month. His hit list was Carlos Condit, Diego Sanchez, Rafael Dos Anjos, and Neil Magny. Chances are you recognize all of those names if you are an MMA fan. Chiesa is a tough opponent but people still call him out.

Santiago is 9-1 in his last 10 which is impressive given all of the talent at 170 pounds. Had he not been knocked out by Li Jingliang in January he would have certainly been fighting for the belt. Then again this is the UFC and styles don’t make fights there – money does. Maybe that’s why Santiago called out a name like Chiesa via TMZ.

Should they make this fight?