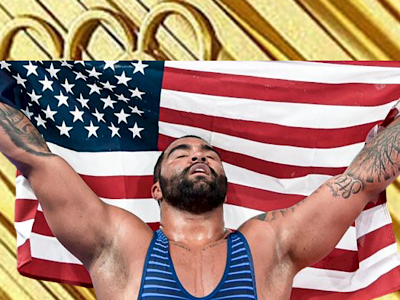 Whenever a wrestler makes a name for himself the question arises about a run in pro wrestling giant WWE or MMA front runner UFC. Gable Steveson is an NCAA champion and Olympic gold medalist and currently a free agent. He has the look of a pro wrestler and the skills to easily transition to MMA. In our opinion it will come down to money.

Guaranteed money is more likely in WWE but that doesn’t mean he couldn’t secure a sweet deal in the UFC. He would be an attraction for either but he may not go either route so who knows.

WWE superstar Seth Rollins spoke with TMZ and asked Gable if he wanted to join WWE. Check it out.