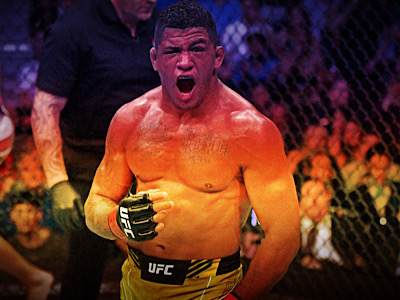 UFC welterweight contender Gilbert Burns had a shot at the title when he faced current champ Kamaru Usman in February. He would rock the champ early but ultimately lose by TKO in the third round. He was on a six fight win streak up to that point and well aware how difficult it is to be the next in line for a second shot at the belt.

After beating Stephen Thompson at UFC 264 earlier this month he seems to have two opponents in mind already that would put him near the front of the line with a win. Jorge Masvidal and Leon Edwards are two guys that Burns could leap frog other contenders if he was to get the W.