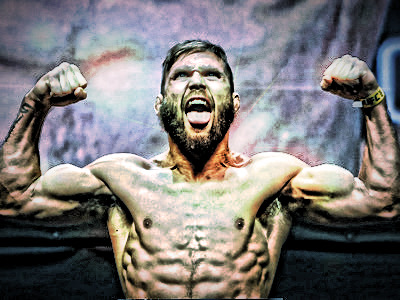 The famous Conor McGregor line, “Who da fook is dat guy” happened at the UFC 205 press conference. It came after Jeremy Stephens interjected during a question asked to McGregor. Stephens said “This guy TKO’s people. When I knock people out they don’t fuckin move”. It remains one of the most memorable albeit short exchanges from a Conor McGregor press conference.

Today during a media session he poked a little fun at himself involving a shoving incident which occurred before UFC on ESPN 22 in April. He shoved his scheduled opponent Drakkar Klose at the weigh-ins and just hours before the event the next day Klose pulled out citing spinal injuries from the push. It was a mess. He poked a little fun at himself about the incident today referencing the McGregor exchange.

When I shove people they don’t fuckin move

Stephens is set to face Mateusz Gamrot this Saturday on the UFC on ESPN: Makachev vs Moises main card. You can check out the full media video below.