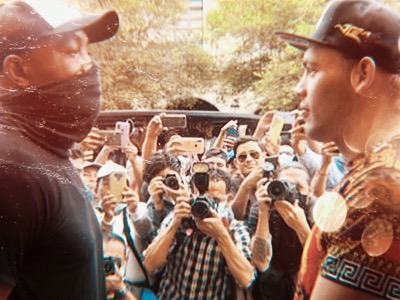 The freak show boxing match between former UFC middleweight champion Anderson Silva and former boxing champion Julio Cesar Chavez Jr got a little dramatic at the weigh-ins. As dramatic as one could expect from a weigh-in involving the classy Anderson Silva anyways. Julio missed weight and because of that Silva reportedly netted an extra $100,000.

Anderson issued a statement about the incident (via Instagram):

Well guys, I’ve been a combat sports professional for over 20 years. I’ve always accomplished my duties inside and outside of the ring. The contractual weight for tomorrow’s fight is 182lbs, which I accomplished through months of hard work alongside my team. Unfortunately, my opponent came in at 184.4lbs. Despite this, I will still put on a great show for you all,

The pair are set to tangle Saturday night in Mexico.