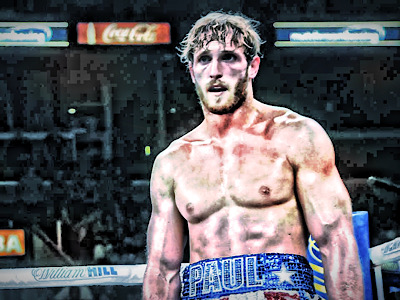 Logan Paul faces Floyd Mayweather Jr this weekend in a freak show boxing match. No judges, knockouts are allowed, and there will be no winner declared. This match is scheduled for eight, three minute rounds. It is the definition of exhibition. A YouTube guy versus one of, if not the best defensive boxer of all time.

Logan released some training footage recently and while his jump rope skills were very impressive his boxing skills appear to be lacking. The only chance fans are giving him on social media is landing a big punch. He is quite a bit larger than Floyd and every time there is a size mismatch you get that “one big punch“ prediction.

Logan believes he will make the undefeated boxer quit in the sixth round. Listen to what he told TMZ sports…