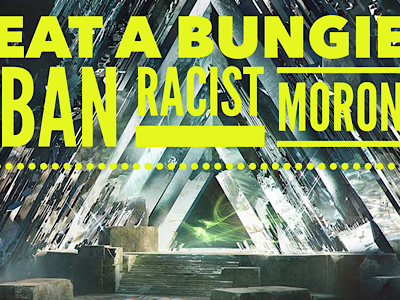 Gamers can be some of the most toxic people on the planet. Teabagging, trolling, hacking, and just about anything else to make them feel better about themselves. One of the most obvious ways to get banned from the game is to have a username that breaks the terms of service.

I played World of Warcraft for many years until I finally woke up one day and asked myself what I was doing with my life. During that time I was in raids with people who were going mental over a non-role-playing name on a strictly role-playing server. The next day that user had a new name. There have been many instances where people put slurs, foul language, and generally obscene words in their names and got the ban hammer quick. Often times it was a temporary ban to teach them a lesson because not everyone who does something stupid is truly stupid. There are a lot of kids who are going to make mistakes that don’t need to be banned for life. Although, there was a username that caused me to laugh so hard I had to exit the game. This was on a roleplaying server mind you. People would have gone insane that he was breaking the immersion.

The reason I bring that up is to point out that getting in trouble for an attention seeking name is nothing new. If you use the Steam client you can change your name often so users sometimes change it to reflect whatever meme is hot or to something clever they just thought up. However, the user name that got this particular Destiny 2 player banned was something only a true idiot would change their name to.

This wasn’t just a random player you would run into in PVP or other regular activities. This was a player on the second-place team during the high profile race to see who could finish first in the just released updated version of the raid ‘The Vault of Glass’.

His username was and I kid you not “#BlackLivesDon’tMatter”.

How in the hell – and you will have to forgive my language there – does someone think this is OK with everything going on in the world? Bungie hit him with a ban so hard his kids will probably be blocked from playing. Senior Community manager Dylan Gafner let everyone know…

Bungie is tolerant and they have given people second chances. A lot of us have been angry and a they humored us and took it while we went off. People have done dumb things and learned their lessons but there are some things you just don’t do. Believe it or not there are people defending this racist user.

The #BlackLivesMatter movement is incredibly important. It has united groups of people across the country and given hope to people who didn’t have it before. I have no idea what the user was thinking but those type of people don’t need to be playing a game that I and millions of others love.