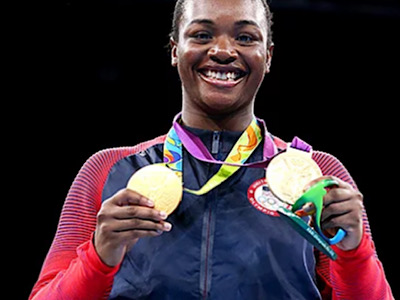 I give boxer Claressa Shields so much respect for jumping into our world and not trying to lure MMA fighters into hers. ESPN is reporting that 2-time Olympic boxing gold medalist Claressa Shields will be making her mixed martial arts debut on June 10th.

Footage has been making its rounds of her training with former UFC light heavyweight champion Jon Jones. It’s not much but it is something.

A lightweight bout between Shields and Brittney Elkin under the PFL banner is reportedly finalized. This is a rare case of a boxer leaving the comfortable combat restrictions of a ring and entering the cage. Props to Claressa.

With Julio Cesar Chavez Jr, Oscar de La Hoya, and Tyson Fury boxing against or trying to schedule a boxing match with MMA fighters this news is refreshing.