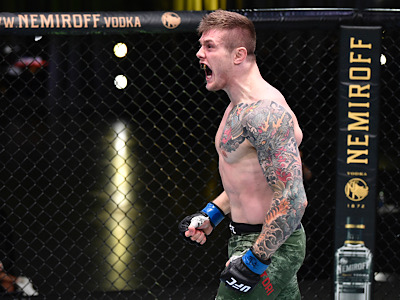 Internet menace turned freak show boxer Jake Paul lured MMA wrestling specialist Ben Askren in to a boxing match. They will throw down on April 17th and as the date edges closer the media coverage will be heavy. Not everyone is looking forward to it and one of those people is UFC middleweight Marvin Vettori.

Vettori takes on Kevin Holland this Saturday in the headliner of a Fight Night at the Apex Center. It’s fight week but that didn’t stop Marvin from taking a break venting his frustrations about the media coverage for Jake Paul.

It’s understandable somewhat because he is headlining an event for the biggest MMA company and Paul is stealing headlines.

What do you think of Vettori’s comments?