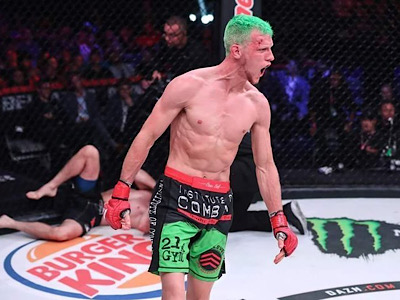 Truth is definitely stranger than fiction.

Bellator fighter Cass Bell and his partner Chelsea Corral are being hailed as heroes and rightfully so. A baby was discovered alone in a truck by the pair in Eureka, California with no parent in sight. It was reported later that a man had been arrested in connection to the incident and the child was thankfully reunited with the unsuspecting mother.

Cass posted his version of the story with a video on social media. Here’s what it said (via mmamania).

I originally started recording because we were worried the baby had been in the back of a car that was stolen and abandoned once we realized she was there. We were hoping someone would recognize her. She was too little to let us know who she was or if she was with a parent and she was locked inside the vehicle. We were in the right place at the right time, and thought it was super strange for someone to leave their car in the middle of the road. The mother has reached out and she is relieved she is safe.

Here is the video from the ordeal.