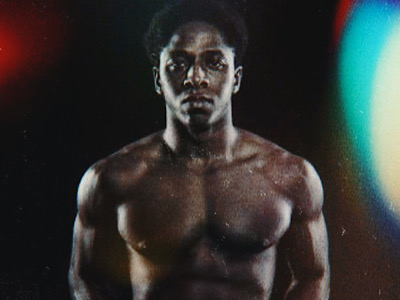 Middleweight prospect Derik Overstreet trains out of Nashville MMA but competes nationally. As a former collegiate football player he made the transition to mixed martial arts easily but that doesn’t mean there haven’t been challenges.

Derik was knocked out in his fourth fight by Ben Fowler in a bout that felt like the perfect storm. Derik was rising quickly and Ben was about to turn pro so a lot of eyes were on that match up meaning that a lot of pressure came along with them. That can be hard for a relatively new amateur to handle.

Overstreet shook off the loss and bounced back by winning his next fight and last Saturday he won again advancing to 5-1 when he outclassed William Conner Jr.

“I felt good this fight – always want a finish, strong showing either way”, Overstreet told Pro MMA Now. “I aim to keep stacking experience and fight as much as possible. We’ll go from there.”

Derik is currently ranked number one in the HRMMA organization middleweight division. After you watch this clip from the second round of his fight with Conner Jr you will understand why.

Derik fights again on March 26 for the Caged Aggression organization.