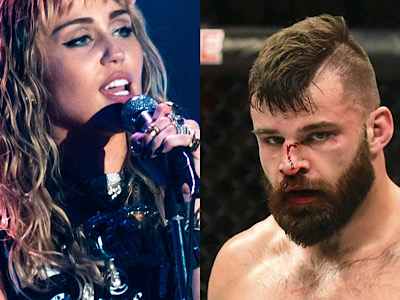 The backstory for this video is now legendary.

Julian Marquez defeated Maki Pitolo via submission last Saturday at UFC 258 and in his post fight interview he proclaimed his affection for singer Miley Cyrus. She actually responded and asked him to shave her name in his chest. He responded asking for her to get a tattoo of his name – and that didn’t really go over that well with Cyrus. He didn’t give up.

Recently he claimed she ‘loved’ him proving that MMA can be a really weird place sometimes.

Marquez spoke with TMZ Sports and spit a Henry Cejudo level cringe of a line. He told her he wouldn’t “break your achy heart”. Get it? Because her dad had that hit song. You know what? Just watch for yourself.

Work on your game dude.