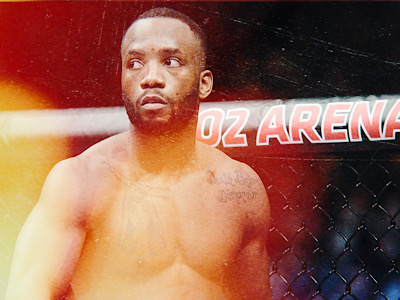 UFC welterweight Leon Edwards hasn’t fought since July 2019 due to a myriad of reasons related to the pandemic. He was booked in a high profile bout two times with hype train master Khamzat Chimaev until Chimaev was forced to withdraw due to illness both times. This leaves Edwards without an opponent for UFC Vegas 21 on March 13th and match makers trying to find anyone willing to step in.

The latest name being tossed around is former interim welterweight champion and Donald Trump‘s favorite fighter, Colby Covington. The main issue someone trying to secure him on short notice will face is the fact that it is short notice. The odds of him stepping in to face a quality fighter like Edwards without the opportunity to put in a full camp are slim to none.

Leon thinks it is not going to happen for a different reason altogether. (via mmamania)

He doesn’t even want to say my name. So he probably doesn’t want to get these hands either. Who knows, he’s a weird, weird man. If they do go down that route to making Masvidal vs. Usman, then where does he go? He has to fight me – I’m number three ranked in the world. I’ll go out there, I’ll beat him and that’ll put me right in line for a title shot next…

This comes from an appearance on The Bash which you can listen to in its entirety below.