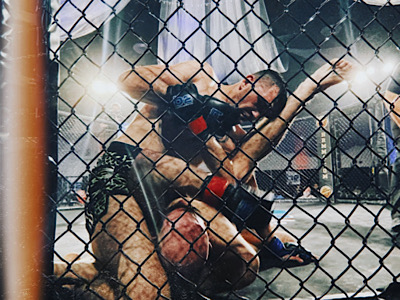 This fight is already a candidate for the B2 Fighting Series bout of the year.

Both of these fighters put it all on the line and used every skill they had to survive and attack. Jose Perez was determined to make his case to be on Dana White’s Contender series but Nick Maupin wanted to prove he belonged in the discussion as well. During this fight anyone sitting near the cage could hear them talking back-and-forth showing how competitive they were. After three grueling rounds, Perez came out on top via a unanimous decision.

Watch this fight and let us know if Jose deserves to be on the Contender Series.