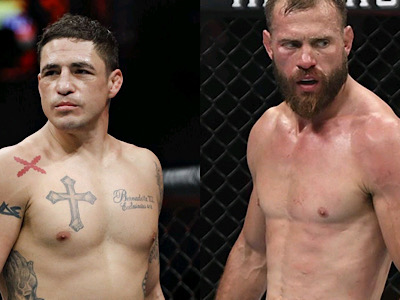 Diego Sanchez is retiring and he has chosen who many consider to be the fitting opponent for his last go.

Donald Cerrone aka “Cowboy” has been fighting officially under the UFC banner since UFC 126 in 2011 and professionally since 2006. He is a shoe in for the Hall of Fame as is his next opponent, Sanchez.

Diego has been competing in the UFC since he was cast in and won the first season of The Ultimate Fighter reality show in 2005. He started his professional career in 2002 which is incredible given how long he has lasted in the brutal sport of mixed martial arts. Alas, this lengthy career will be coming to an end when he squares off against Cerrone possibly on May 8th.

Donald opened up on his YouTube channel about how the bout came together and said that Diego was adamant that he be his next and last opponent.

All the fights were booked. Yeah, ‘55 is what I wanted to do. Then Diego Sanchez went and, I guess, showed up to the UFC and begged and pleaded with them to make me his retirement fight. So they called me and they asked me and I said, ‘Sure.’ With this fight, yeah, it is at ‘70 but that doesn’t mean I’m going to get big. I’m gonna treat it like a ‘55 fight. I’m gonna try and walk in there at ‘70- or 168. Try and be on weight, fight at ‘70 and just be ready for moving my body down to 155. That’s the plan.

He threw out a lot of numbers in that statement but the point is that the fight is happening at welterweight instead of lightweight. They are former teammates but that is unlikely to turn into any form of animosity. Both men have become very respectful as they have matured through their long years in the business. What do you think of this fight?