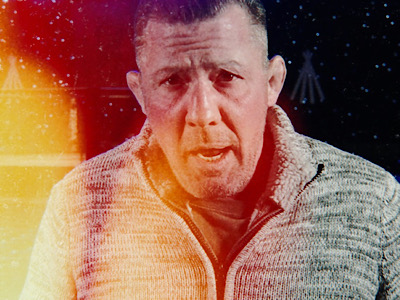 The very outspoken and frequently controversial Pat Miletich has been fired from his job as announcer for the Legacy Fighting Alliance MMA organization. Or, at least removed from his duties temporarily depending on how the situation plays out.

This firing came as a result of his attendance at the surreal US Capitol riots that captivated world news recently. A large pro Trump crowd rushed the government building and began rubbing feces on the walls, tearing down property, assaulting police, vandalizing, and trying to break in to to a joint session of congress to stop the electoral vote count for the winner, president elect Joe Biden. It was a harrowing and shocking scene to say the least and condemned by most Americans if you follow the polls.

LFA sent a statement to ESPN regarding their firing of Miletich that reads:

First and foremost, the LFA supports the participation of the constitutional right to peaceful protest…During preparations for the 2021 debut broadcast, it was brought to the LFA’s attention that photos of questionable nature surfaced on various social media outlets involving fight analyst Pat Miletich. While the LFA continues to investigate the situation, the decision was made to remove Mr. Miletich from broadcast duties for this Friday’s LFA 97 event.

Miletich would give his own account in a video shortly after and he said:

I want you guys to know that the people I walked with at the Capitol, none of them that I know of were involved in any of the violence,” Miletich said.

Guilt by association is a real thing and while Pat may have not been part of the angry portion of the mob, he was part of the mob all of the same. ESPN is reporting that Miletich claims LFA officials told him it was because they “felt pressured“ to distance themselves from him.