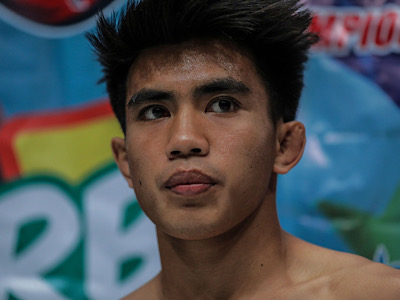 Bill 1526 has been proposed in the Philippines to keep minors from competing in mixed martial arts. The bill pertains to all full contact competitive combat sports meaning kickboxing, boxing, karate, and the list goes on. The question is still out there on whether or not minors should be competing in the first place and the answer to that question will vary depending on what part of the planet you are from.

One team that is speaking out against the bill is Team Lakay, the top martial arts stable in the country. Here is what headmaster Mark Sangiao had to say (via inquirer.net).

Firstly, I’d like to emphasize that martial arts and combat sports are not merely learning about fighting. The physical growth that you’ll rip from it is just a part of the whole picture and the most valuable part is developing attitude. We always say, ‘Start them young” and ‘Champions are made.

Our children need to develop character and the best time to instill this to them is at their formidable years. Let’s not miss this opportunity to help our kids to be responsible individuals in the future by not restricting them to learn and be involved in combat sports at a young age.

I started martial arts at an early age, at 11 years old and it changed my life. I think when you do martial arts it’s not just about punching and kicking but it’s about developing self-discipline and attitude.

In fact, when we all learn martial arts, I mean all, from children to adult, regardless of age, I believe that Philippines will improve. Why? Because we already have that self-discipline that was developed from doing martial arts.

What do you think of this bill?