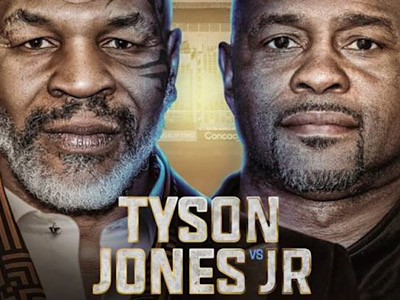 According to a report from NY Fights The recent Mike Tyson versus Roy Jones Junior exhibition bout headlined card may have done better than anyone anticipated.

The naysayers guessed that the event might pull in 200,000 purchases but as the days went on it was apparent the number would be much higher. General consensus and unofficially reported numbers put it above 1 million buys which is incredible for two men in their 50s participating in an exhibition bout with strict rules. If the numbers really are that high I think it is safe to say we will see Mike Tyson and / or Roy Jones taking on other aging competitors in the near future.

We enjoyed watching it as did our friends and it was well received even by Dana White who was initially outspoken against it.

Here is what NY Fights reported:

The Tyson pay per view event will do over 1 million buys for sure,” my guy told me. I pressed further and he said that extrapolating early results, maybe it does 1.2 million, likely not over 1.5 million. This, by the way, is not an exact science, in fact it’s not science at all, there is no squad of auditors who count buys like some states counted and re-counted ballots cast in the big rumble that occured Nov. 3.

What do you think of those numbers? Higher or lower than you expected?