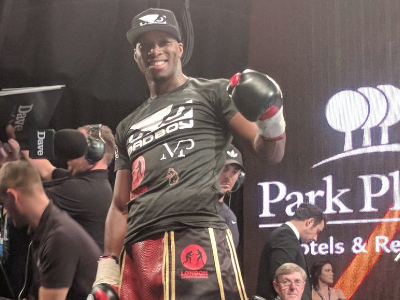 I don’t really understand what Michael “Venom” page is thinking but I doubt Doug Lima is ducking him.

Douglas Lima is the current Bellator welterweight champion and one of the best fighters at 170 pounds on the planet. I have a little more knowledge about Doug because he fought several times for organizations I was a part of before he hit the big time. You could see the untapped talent even back then but he was nowhere near the monster he is today. Possibly his biggest victory to date (*Rory McDonald) is the KO of phenomenally talented knockout artist Michael Page. It is Venom’s only loss to date and lately he has become very vocal about wanting to get that win back. Don’t believe us? Just ask him.

The fight between the two occurred in May 2019. Since that fight ended Doug got his revenge on Rory McDonald and Michael has rattled off four straight.

Three of Michael’s wins are over guys with no individual pages on Wikipedia. That’s not necessarily a knock on those fighters but it is definitely not indicative of the standard or caliber of fighter that Michael has defeated in the past. The case could be made though that because of those four wins in a row he deserves a rematch with Lima. The way that the mixed martial arts matchmakers work sometimes double digit wins don’t necessarily mean title shots as crazy as it sounds.

Do you think they should book this rematch right now?