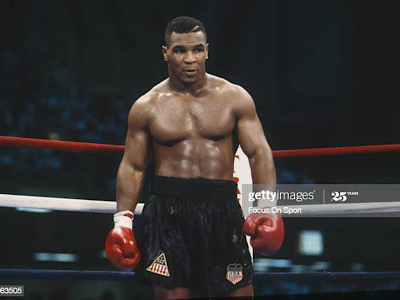 We are some of the many that are loving this Mike Tyson renaissance. The former boxing champion is back, in the media, and seemingly a changed man. Gone are the days of his ferocious, foul mouthed, and sometimes violent confrontations he was infamous for. The Tyson of today is someone who understands the errors of his past and what got him to the good place he is in today.

TMZ caught up with Mike and the topic of how he thought he would have done in the UFC if it was popular back when he was starting in boxing. We can’t help but think he would’ve been a champion in one of the major organizations. He had the mindset, the work ethic, and the physical attributes that quite possibly could have made him terrifying to an opponent across the cage. However, we are grateful for his boxing years but we can’t help but think what could’ve been.

Here is what Mike told TMZ and it’s interesting what he considered his biggest potential weakness.

Tyson will square off against fellow boxing legend Roy Jones Junior in an exhibition match this November.