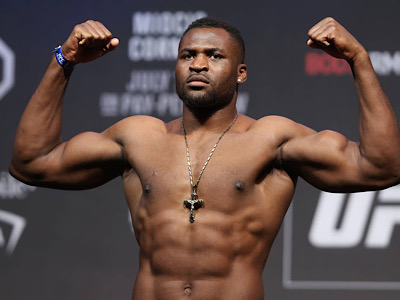 If you can find a better representation of just how freakishly strong Francis Ngannou is I would like to see it.

There is a running social media back-and-forth between ‘The Rock’ Dwayne Johnson and UFC heavyweight monster Francis Ngannou. Francis wants to work out with Johnson who occasionally pings him back to tell him that he essentially cannot hang. I’m certain it will happen but I’m not sure we will see the entire video should the Cameroonian French fighter outperform Dwayne. The point is that the UFC heavyweight stand out is incredibly powerful and if you need an example look no further.

The video is the third part of the below post. Francis picks up the enormous Shaquille O’Neal like he was me and genuinely looks like he would have no problem throwing him across the room. Whoever wins between Stipe Miocic and Daniel Cormier needs to watch this video and prepare themself.