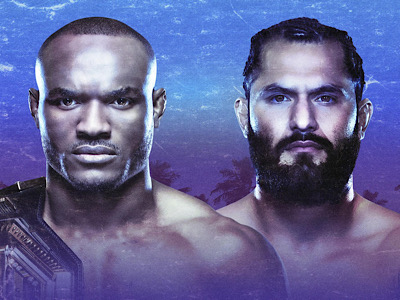 All three title fight for UFC 251 are ready for launch. The competitors made weight and Fight Island will be broken in with an amazing card in tact.

Max Holloway will run it back with the man who took his featherweight championship, Alexander Volkanovski. Jose Aldo Will look to be inducted into the two weight class champion club when he takes on Petr Yan for the vacant bantamweight championship. Finally, Jorge Masvidal will take on welterweight champion Kamaru Usman in the main event. Jorge took the bout on short notice but according to his friends and teammates he was training before he stepped in for Gilbert Burns. Gilbert was pulled from the card when he tested positive for COVID-19.

The initial thought was that the event would continue without the welterweight championship being on the line. It was a mixture of excitement and disappointment that we were finally getting a Jorge Masvidal vs Kamaru Usman because it was short notice. Beggars can’t be choosers and I think most fans are grateful that Jorge is finally getting a shot at a proper championship.

The weigh-ins are in the books in the video is below. Check it out.

COVId-19 you have already affected this card too much. Please stay away.