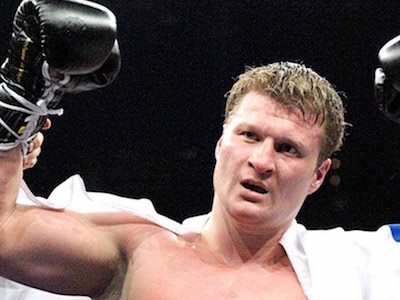 They say everything comes to those who wait. Dillian Whyte has really had to learn patience with his longstanding status as the mandatory challenger to the WBC Heavyweight Championship.

Pro boxing is a sport where politics and contracts can be more of a barrier to success than helping to secure it. Jamaica-born fighter Whyte has held and made multiple defenses of his position as next in line for almost three years now after becoming the WBC Silver champ in October 2017.

For much of that time, Deontay Wilder was to be his opponent. All that changed in February, however, when fellow British boxer Tyson Fury took the WBC belt off “The Bronze Bomber” by inflicting a first-ever loss on the American.

If not a title shot against Wilder for Whyte, then why not compatriot Fury? It was written into the contract for their second showdown that Wilder would get a rematch if he lost the title and make his dramatic rivalry with “The Gypsy King” into a trilogy.

That forces Whyte to wait his turn through no fault of his own, although the situation was complicated by a temporary suspension of his status pending a doping investigation. Whyte was cleared of any wrongdoing, however, and reinstated, so he has now taken legal action to press his claims.

Another old saying goes that you should beware the fury of the patient man. Whyte has taken out any frustrations over his long wait for a major world title shot by winning all five subsequent fights since becoming Silver champ.

He is now on a streak of 11 bouts unbeaten since Anthony Joshua handed him his only defeat in the paid ranks to date. That was way back in 2015, so Whyte has done well to move his career forward despite that obvious setback.

Whether he can assert his rights to meet the winner of Fury v Wilder III down the road and enter the mix for the crowning of an undisputed world heavyweight champion in boxing or not, up next for Whyte is Alexander Povetkin on August 22.

The Russian has suffered just two losses – to Wladimir Klitschko and Joshua – so he at least provides a decent test. According to the boxing betting available on the fight, however, Whyte is a strong favorite to win at odds of 2/7.

Former world title challenger Povetkin comes into the bout off a split decision draw against Michael Hunter. He is 40 years of age and a veteran of 38 fights. Whyte is eight years younger and still in his prime, so it’s easy to see why oddsmakers side strongly with him.

All the talk has been about a battle of the Britons super fight between Fury and Joshua in 2021. Whyte often seems to be the forgotten man of heavyweight boxing in the UK, but he could give a timely reminder of his claims by beating Povetkin on pay-per-view.

It’s hopefully a case of when rather than if, so once he finally gets the title shot that he has earned and proven worthy of in all fights since, Whyte must seize the opportunity. After waiting so long, he needs to live up to his “Body Snatcher” nickname and see if he can smuggle away the WBC Heavyweight Championship in 2021.