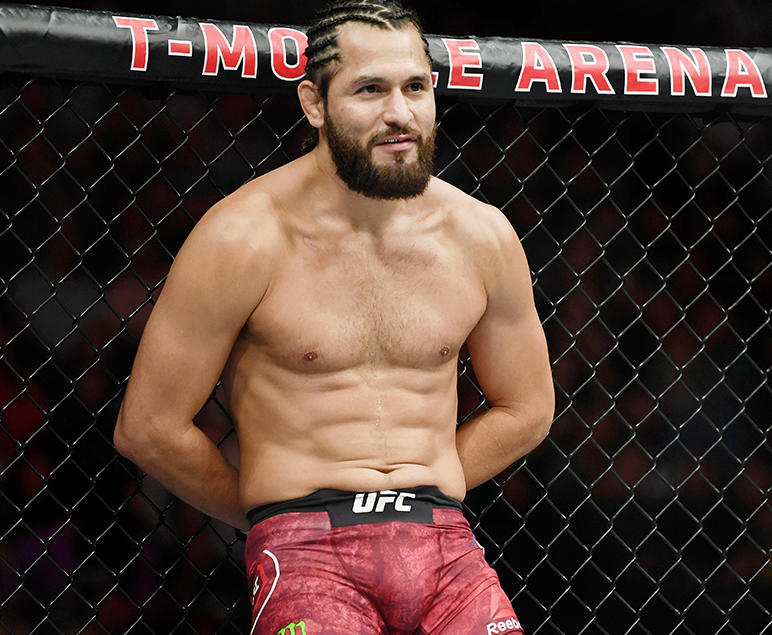 Before I even start typing let’s get this out-of-the-way. Somewhere Dana White is saying something like the following:

Those media goofs are spreading more rumors. One guy tells one guy and then another guy passes it on and before you know it it’s a done deal. We haven’t even started talking and they haven’t even come to the table. I haven’t spoken to anyone so I don’t know where they’re getting all of this.

It’s probably something like that and we will get some kind a video from him tomorrow.

This particular tidbit comes from the Twitter account of ESPN’s Ariel Helwani. It is in reference to a potential replacement for next weekend’s UFC 251 main event. UFC welterweight champion Kamaru Usman was supposed to be facing surging contender and teammate Gilbert Burns. Unfortunately, COVID-19 struck again and Burns had to withdraw from the main event. Here is part of the tweet…

There are active negotiations ongoing to book Kamaru Usman vs. Jorge Masvidal as next week’s UFC 251 main event, sources say, and I’m told the sides believe there is now a path to make it happen. Not done, but promising development.

There is a good chance that it won’t happen, a very good chance. This is the first event on the very real Fight Island and I am certain Dana White wants it to go smoothly. A lot is riding on this event but it sounds like the interest is there from the fans so it is probably worth the gamble.

I’m guessing you heard that Colby Covington was also volunteering but as I predicted there were ridiculous demands. I believe the most current version is that he wanted it to be winner take all and there is not an agent on earth that would let their fighter potentially take home nothing. Covington may be the master of offering to fight everyone and never having to do it because of the way he makes ludicrous conditions.