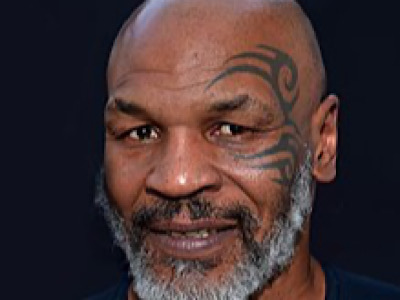 This is kind of sad.

Do you remember Mike Tyson vs “Hurricane“ Peter McNeeley? If not here is a refresher.

The heavyweight title scene back when Mike Tyson reigned was convoluted but deep. The amount of talent that filled its ranks was so rich and produced so many recognizable names that title shots were sometimes difficult to negotiate. Dead smack in the middle of his prime Tyson was charged and convicted with rape and served three years in prison for it. When you are Mike that’s a lot of time and a lot of money not to be made so he had to make up for lost time once he got out.

Mike needed an immediate tuneup fight after getting out of prison in 1995 and they found 36-1 McNeeley. He had amassed that impressive record by fighting low level fighters that you would be lucky to find a Wikipedia link to.

Peter looked the part and could have probably knocked me out no problem in the first round but him stepping in there with Mike Tyson was seen for what it was. It was a sideshow attraction that would eventually lead up to a main event for Mike. It made almost $100 million worldwide which means, no offense to Peter, that Tyson could’ve fought a toddler and people would have bought that pay-per-view.

Since everyone under the sun is calling out Mike Tyson now that he has hinted at a possible come back at 53 years old why not 51 year old McNeeley?

This video surfaced three weeks ago and Peter is almost unrecognizable. Gone are the bulging muscles and hulking frame. He’s looking frail and his shaky voice is not helping the elderly image.

Peter retired with a respectable 47-7 record and according to Google searches he has a net worth over $1 million. Not too bad there Peter. It’s crazy the path that life has for each of us.