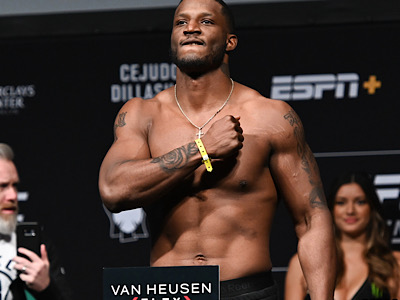 Just a heads up. The UFC Vegas 2 weigh ins were a crap show.

Three fighters missed weight and the biggest offender was Karl Roberson who missed the mark by almost 5 pounds. That was a far cry from the minute .25 that Jessica Eye missed hers by. Zarrukh Adashev was 2.5 pounds over but his fight as well as the other two will continue as planned at catchweights. Three catchweight bouts on one card is not a good look.

Dana White wasn’t happy to say the least and at one point during a media Q&A session he was asked about Karl’s future specifically. This was his second fight missing weight and Dana hinted that being cut wasn’t off the table should he lose Saturday night.

You can check out the weigh-in’s below.