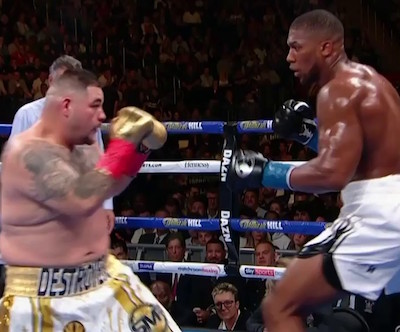 Anthony Joshua and Andy Ruiz have impressed the boxing world with their encounters. They have already held two matches. Ruiz won the first fight via technical knockout and Joshua won the second won via unanimous decision.

This has led to many boxing lovers in anticipation of the third match. After the second fight, in the post-match interview, both Joshua and Ruiz declared they were willing to have a rematch. This article will examine the possibility of whether the 3rd match will happen or not.

Joshua regaining his authority and title

The first match on 1 June 2019 at Madison Square Garden was devastating for the British boxer. Mexican Andy Ruiz was considered an underdog and many excepted the easy win for Joshua. However, he looked very unsure during the whole match, and in the seventh round, Ruiz won the match via technical knockout.

The result was widely considered as one of the biggest upsets in boxing history – Joshua was undefeated, and hardly anyone imagined he might encounter any sort of difficulty.

But It was not Andy who knew and destroyed his opponents. There was a moment of underestimating of course, and Joshua himself maybe did not accept such intense pressure from the Mexican.

Shortly after the fight, it was announced a rematch would take place in Saudi Arabia on 7 December 2019. Joshua was training very hard, declared he would not repeat the same mistakes he made in the first match.

Before the match, there were expectations Joshua would be considered a favorite following the first match. Some casinos even offered bets that the Mexican would finish off his opponent in 7 rounds and it would not be a very protracted fight. So most of the betting websites chose Ruiz as a favorite and Spinia casino online was one of the few online casinos that selected the British boxer favorite. Moreover, they offered specific options on Joshua, in case he could not manage to get the victory, which mainly included the maximum number of rounds spent on the ring. The assumptions were clearly exaggerated from the betting websites because in the first match we did not witness the real Joshua who was demolishing his opponents.

Eventually, he managed to get revenge in the rematch and defeated Andy Ruiz via unanimous decision. Joshua looked more robust, prepared, powerful, dominant in the second match, and he avoided the mistakes from the first fight.

Upon ending the fight, both boxers respected each other, and Andy Ruiz was looking forward to the third match. There was a nice remark from Joshua if Andy would retire and the answer was ‘rematch’.

It is highly likely the decider will take place, with many countries showing their willingness. Viewers are eager as well to watch another massive encounter between these two. Why not, as we do not see very often that players like their caliber fight each other. It will undoubtedly bring more revenue, as well as popularity to the boxing. The exact date is not set for the 3rd match, but it seems unlikely it will be held this year. Joshua would be the favorite in the decider as well. Had he lost the second fight, no one would talk about the possibility of the 3rd brawl, but now everyone looks forward to viewing the upcoming fight between the British and Mexican boxers.