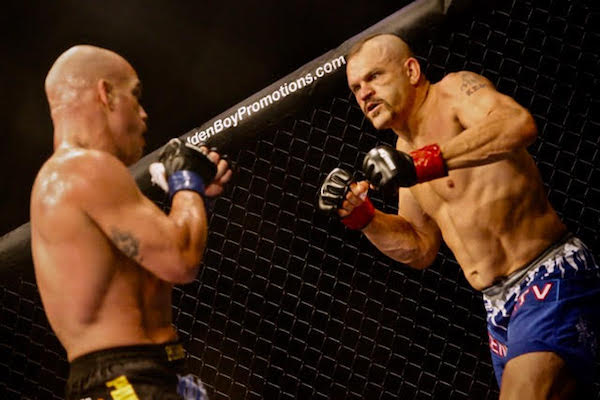 Since it burst onto the pay-per-view scene, MMA has grown at a rate few could have predicted. The first Ultimate Fighting Championship (UFC) was only held 27 years ago but the sport now rivals boxing and wrestling for box office appeal. Therefore, it is no surprise that MMA has already had a big influence on popular culture.

MMA in the movies

There have been countless movies featuring MMA. One was Warrior, released in 2011 and directed by Gavin O’Connor. The sports drama stars Tom Hardy and Joel Edgerton as estranged brothers whose paths cross at a mixed martial arts tournament. The movie was not a big box office success but was a hit with the critics. Nick Nolte received an Oscar nomination for Best Supporting Actor for his role as the brothers’ father.

The 2013 film Only God Forgives features Muay Thai but probably would not have been made if it wasn’t for the popularity of MMA. The crime movie was written and directed by Nicolas Winding Refn and starred Ryan Gosling as Julian, an American who runs a Muay Thai boxing club in Bangkok as a front for his drug-dealing operations. A complicated tale of murder and intrigue follows as Julian sinks deeper into the darkness.

Other MMA movie titles include the Never Back Down series and Here Comes the Boom and there have been many more documentaries looking behind the scenes at the sport.

In the gaming world, there have been plenty of MMA-inspired titles. In 2012, the Ultimate Fighting Championship slot game was released. The game was based on the popular MMA competition and featured five reels, three rows and 20 pay lines. In 2020, slot players will have the chance to use the many free spins available from leading online casinos to play a brand new slot based on the classic Street Fighter game. Street Fighter™ II: The World Warrior Slot has been developed in collaboration with NetEnt. Street Fighter was a global smash way before MMA but remains one of the classic fighting games of all time. Other fighting slot title included Mike Tyson’s knockout and the Mexican wrestling-themed slot game Lucha Libre.

Console players have been treated to plenty of MMA games with titles. Way back in 2004, PS2 players were treated to The Ishu Kakutougi and K-1 Premium 2005 Dynamite!! a year later. More recently there have been many more titles including MMA, UFC 1, 2 and 3 and nine other UFC-branded games. UFC Undisputed 3 is probably the pick of the bunch but none have proved as popular as classic fighting games from the golden age of gaming such as Street Fighter, Tekken and Mortal Kombat.

There have been many books written about MMA. Some popular MMA fiction includes Worth the Fight, Fighting for Flight, Real and Consumed. But the best MMA books out there are the ones based on real life. The must-read list includes Got Fight?: The 50 Zen Principles of Hand-to-Face Combat by Forrest Griffin with Erich Krauss, Why I Fight: The Belt Is Just an Accessory by B.J. Penn with Dave Weintraub and Total MMA: Inside Ultimate Fighting by Jonathan Snowden.