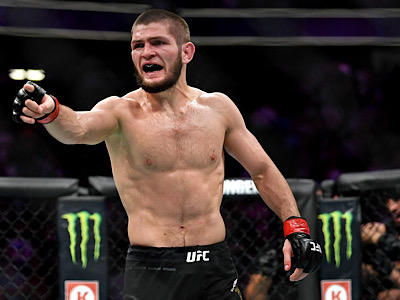 I didn’t think I was going to have to mention the word coronavirus again but here we go.

I was supposed to announce an event this Saturday in Bowling Green for HR MMA. That show usually sees about 2000 to 3100 people in attendance not including staff, coaches and fighters, production broadcast team, or ring crew. The point is it’s a big event and a giant petri dish that could see something like the coronavirus spread like wildfire. Kentucky has canceled all live events for the near future because of this and for good reason. The owners of HR MMA offered to do it without a crowd and air it free online but the state still said no.

Right now New York is in the same boat which means the Tony Ferguson versus Khabib Nurmagomedov lightweight title fight is probably not going to happen. Other states are holding events with no crowds which just saying that out loud sounds insane. So the question stands as to whether or not you let UFC 249 take place or cancel it altogether. One person who weighed in heavily on the subject is the American gangster, Chael Sonnen.

The former middleweight title contender makes some very good points. This could be a mile stone event and the true test of the UFC’s ESPN+ pay-per-view drawing power. Or, it could be one of the biggest disasters in the sports history. Would it be worth it? Would the fighters even go for it, fighting in an empty arena? There are a lot of questions that need answered by people more qualified than us.

Chael does a very good job looking at this from all angles and comparing it to other events that are yet to occur and some of those that have already happened. Check it out.