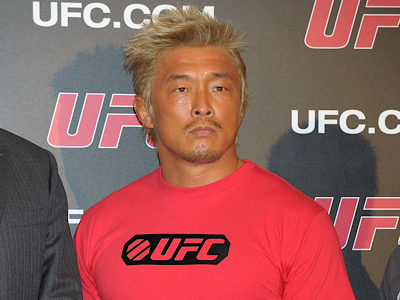 44 year old Yoshihiro Akiyama aka “Sexyama” doesn’t seem to realize or care that he’s getting up there in age. He still gets in the cage and puts everything he has in to his punches like he hasn’t lost a step. Maybe his opponent at ONE Championship’s King of the Jungle, Sherif Mohamed incorrectly assumed that he had?

Sexyama brutally knocked Mohamed out and after the fight was stopped it looked like he was trying to help him up and – maybe hug him? It’s Akiyama so who knows.

Watch the legendary Japanese fighter clearly demonstrate he isn’t over the hill yet.