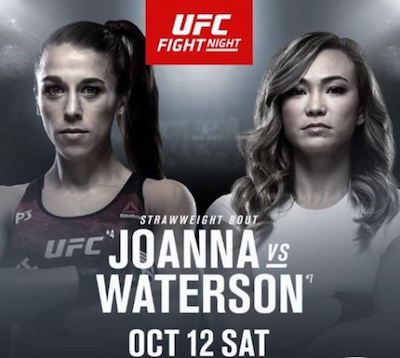 After drama circled around the main event of Saturday’s UFC Tampa earlier this week we are officially a go!

Joanna Jedrzejczyk did make weight despite fears she would not hit the 115 pound weight limit so the women’s strawweight main event has been greenlit. Michelle Waterson has to be the happiest person in Tampa right now having feared she would be left without an opponent. Thankfully that did not happen.

Waterson and Joanna had a heated staredown that almost had to be separated! Check it out.