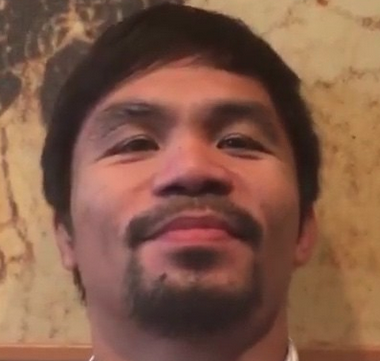 Just getting into a ring is a big enough gamble for boxers. However, there are plenty of them that also like to take the huge amounts they earn from their fights and head to the casino to try and add to their fortunes. Being able to play casinos games such as online roulette, Blackjack and Baccarat has only helped to raise the popularity of casino games and broaden its appeal to everyone, not just boxing stars. Let’s look at some of the boxers who like to gamble.

Tyson Fury had an eventful night last month. He survived some bad cuts to get a points victory over Otto Wallin. That fight took place in Las Vegas and wasn’t the only win the British boxer had that evening.

A trip to the hospital saw him receive 47 stitches but he wasn’t in the mood to call it a day one he got back to his hotel. The lineal heavyweight champion headed to the casino and his successful night ended with a few beers and a win of $500 in the casino.

It’s probably not a great surprise to see Floyd Mayweather Jr. on this list. He loves to bet on sporting events and even tried to gamble on one of his own fights. Mayweather took on Conor McGregor in 2017 and it’s believed he earned $275m from that fight. Mayweather attempted to place bets on the contest. One is believed to be a $400,000 wager on himself to win in less than 9.5 rounds and another to win by knock-out. Bookmakers turned him down though local regulations don’t prohibit a boxer from betting on his own fights. Mayweather’s bets would have lost as the fight went 10 rounds and he won by technical knock-out.

The undefeated champion has had success in the past. He’s a big fan of basketball and of course boxing. His best win was one of $827,272.73 when betting $350,000 (he doesn’t do small stakes) on a double featuring a basketball match and a boxing bout between Gennady Golovkin and Willy Monroe.

The multi-weight champion is well known for his charitable donations. However, he’s also been known to place a fair few bets. He’s often been seen at the poker tables in Las Vegas where stakes of $100,000 were regularly made. He’s been to casinos in Macau and Australia too. His manager Bob Arum has spoken of receiving calls asking him to be a marker for the latest big bets.

It’s not just table games that he loves though. Pacquiao has made plenty of bets on everything from football to cockfighting. On one occasion, he bet $360,000 on a cockfight held in the Philippines.

Holyfield won world titles at both cruiserweight and heavyweight but wasn’t so lucky outside the ring. He made $150m in the ring but lost a lot of it gambling on sports events and paying for three divorces.

The former world lightweight champion from Rhode Island in the USA frequently visits casinos. Placing six-figure sums on the poker tables was a common occurrence. He ran into trouble though after giving a Las Vegas casino some bad cheques.