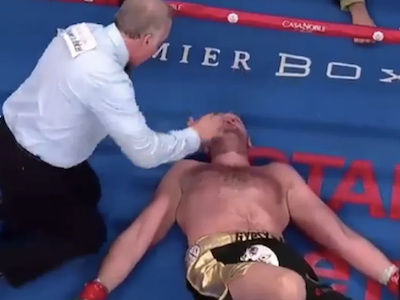 Difficult questions often come with complicated and vague answers and while we are aware that there is no way to quantify the luck that is needed to land a winning bet on a boxing match.

It is probably safe to say that if you follow boxing and know a thing or two about the participants, their history, their previous fights, as well as their strengths or weaknesses, it is more likely that you will place a winning wager than if you have no idea who the boxers are and what is their previous history.

Again, we reach the question, how much luck do you need. And with the risk of repeating something that was already stated, it does require luck, but it is fair and safe to say that online bingo has to do with luck a bit more than boxing. Namely, you can calculate the exact odds of hitting a full house or another prize if you’re playing bingo, whereas if you’re placing a boxing wager, it is a bit trickier.

What we mean when we say it is trickier, is that while the odds are an accurate representation of the likelihood of each respective outcome, it is difficult to determine how accurate really.

Namely, experienced boxing punters have a way of deciding whether a bet is offered at good odds or not. Let’s imagine a fight where the odds for both fighters are 11/10. This means that each of them has a fairly equal chance of winning the match. But, based on their statistics and certain facts that you know about them, you have a strong reason to believe that one of the fighters has a better chance of winning. In that case, 11/10 sounds like a pretty good bet.

Now, you may wonder – how can I know something that the bookies don’t? They have surely also considering the data when deciding on the odds. And while that is essentially true, it’s not as simple as that, there are few other things that should be considered.

First of all, if it is not a major fight that attracts a lot of interest, bookies don’t spend too much time and resource on analysis. In many cases, bookmakers limit the amount that you can wager and win on lower tier matches. We can safely say that the less likely it is for punters to place wagers on match, the more likely it is for the odds not to reflect the possibility of the respective outcomes accordingly.

The bookmakers are more likely to get worried and pay more attention to an event, be that a boxing match or a football game if there’s a lot of money involved. In that case, they don’t want to risk it. But if it is a fight that only few players would bet on, they wouldn’t be too worried about the odds, as they can’t lose a lot on it anyway. So, while operators are looking for ways to protect themselves against losing a lot of money, they don’t always do thorough and vigorous analyses of events that aren’t very popular with punters.

There was a curious case, albeit in a different sport, namely football, where fans knew that their club is in a financial crisis and decided to place wagers. Yes, they bet against their team and they won the wagers. While the amounts won weren’t too high to have an impact on the bookmakers and their profits, they were still quite impressive for an individual punter.