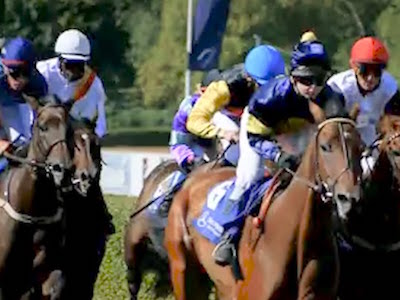 Horse racing is one of the most popular sports in the world, but it can also be one of the most complicated and many people don’t know much about it, beyond the main events. Because of its rich history, there’s a wealth of facts to learn – here is some interesting trivia you probably didn’t know about the sport.

1. The earliest known examples of organised horse racing actually date back to ancient Rome, although it’s believed that horses have been raced as far back as 4500 B.C. in Central Asia.

2. If you’re partial to a spot of betting when heading to the racetrack, you might be interested to learn that a punter betting on every race in a standard nine-race meeting will review around 24,000 pieces of information in order to review the record for each participating runner, for example if you researching the top picks for itv 7, some bettors will be doing this.

3. Thoroughbred horses are bred for their speed and agility, as well as their determination during a race. The ancestry for this breed of horse can be traced back to Arabian horses which were bred with horses from England.

4. The average Thoroughbred racehorse weighs around 1,000 pounds and is a medium-sized horse, while other breeds span anywhere from 700 pounds to over 2,000 pounds. Bear in mind that a Thoroughbred horse also has to carry the weight of a jockey which can be anywhere from 110 to 130 pounds of additional weight.

5. The richest horse race in the world is the Pegasus World Cup, which had a purse of $16 million in 2018. It’s held at Gulfstream Park in Florida.

6. Every racehorse in the Northern Hemisphere has the same birthday – 1st January. This is irrespective of the date they were born and is so that the horses can be grouped more easily into age brackets for competitions, as most races restrict entrants to certain age groups. So, a racehorse will be considered one year old on the 1st January the year after they are born and that becomes their birthday.

8. The slowest recorded time for a winner was back in 1945 when Never Mind II finished a two-mile race in 11m 28s. The horse was actually abandoned by his jockey when he refused to jump a fence, but when every other horse in the race had either fallen or been disqualified, the jockey returned to the horse and finished the race at a leisurely pace.

9. Horse race betting is a big business and a staggering £72 billion is bet on horses every year.

10. There are two main forms of horse racing – flat racing doesn’t include any barriers or obstacles for the horses to overcome, while steeplechase races (also known as National Hunt racing) includes fences and ditch obstacles.