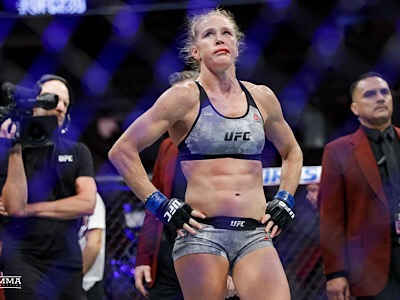 Holly Holm knocked out undefeated UFC women’s bantamweight champion Ronda Rousey back in 2015. She derailed the biggest hype train this side of Conor McGregor and in doing so essentially destroyed Ronda Rousey the person. It was kind of a big deal. If you’re an MMA fan you might have heard about it.

At UFC 243 in October she will return to Melbourne to face Racquel Pennington in a rematch. Pennington narrowly lost the first bout via split decision and has been asking to run it back ever since. It looks like she will get her wish in the city where Holm made history.

Here’s what ESPN’s Brett Okamoto tweeted about it.