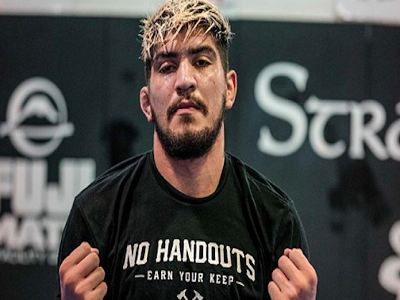 Dillon Danis was reportedly “just sitting down relaxing” in NYC before a “shirtless guy sucker punched out of nowhere. That’s according to an eyewitness who spoke to the Daily Mail.

This is the second time in recent memory that Danis was attacked out of nowhere with the first being Khabib Nurmagomedov in October of last year shortly after submitting Conor McGregor. You might remember the image of the Russian leaping over the cage and making a beeline for McGregor’s teammate.

The video from NYC is pretty brutal and maybe not for everyone to watch. It’s up to you.

How long until pal Conor McGregor shows up and destroys some buildings?