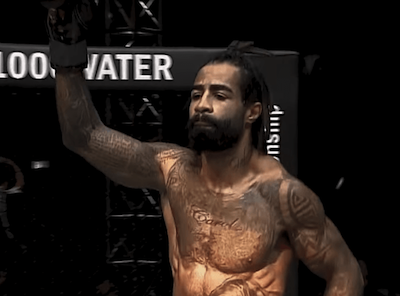 Cosmo Alexandre is a 37-year-old multiple time world kickboxing champion and former Bellator fighter. He’s been around the fighting game for a long time. However, he’s only been competing professionally in MMA since 2011 and has won eight straight (six by KO) since dropping a decision in his pro MMA debut.

Alexandre returned to the MMA cage this morning for ONE Championship in Singapore where he faced former UFC striking superstar Sage Northcutt. Northcutt was on a three-fight winning streak in the UFC when he signed with ONE Championship and this was his big debut for Asia’s number one mixed martial arts promotion.

Cosmo sent Northcutt into the cosmos with a 29-second blast-off that left the 23-year-old Texan laid out. Northcutt in the past has usually been the one to show off his dynamic striking skills but the young upstart suffered his first KO loss at the hands of the skilled Brazilian veteran. Check out the clip below.

JUST. LIKE. THAT! Cosmo Alexandre knocks out Sage Northcutt 29 seconds into the first round 👊 @CosmoAlexandre #WeAreONE #EnterTheDragon #Singapore #MartialArts pic.twitter.com/Nh32Z1LNjU