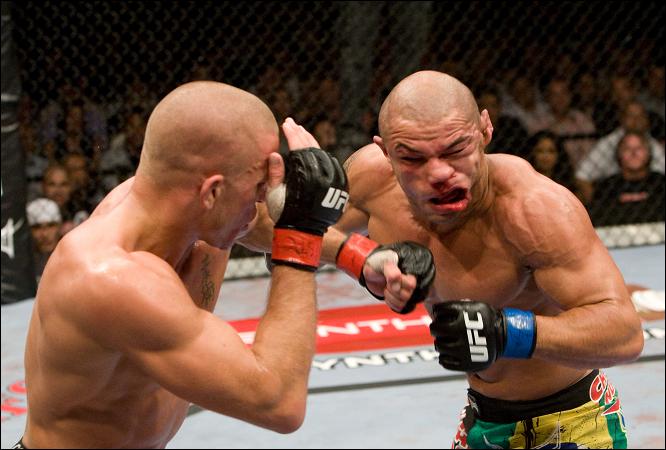 UFC: The History of Success

You may find it hard to believe but unlike many less successful mixed martial arts projects, the Ultimate Fighting Championship (UFC) was conceived as a one-time event. Nobody thought that the first UFC tournament would give rise to a new sport and change society’s perception of martial arts.

Since ancient times, people have been obsessed with the idea of demonstrating the superiority of one fighting style over another. A fight between Muhammad Ali and Antonio Inoki, as well as Bloodsport, a 1988 movie starring Jean-Claude Van Damme, were both meant to give an answer to that question in real life and on the screen.

In the early 1990s, organizers of sports events sought new approaches to drawing the crowd’s attention. The public in the US really loved the Mortal Combat game and numerous action movies where representatives of various martial arts fought one another. Battle of the Sexes, a well-known tennis tournament between men and women, won the love and respect of spectators. Thus, competitions like these came really close to matching the expectations of the public. And using a writing help service will surely meet yours as well!

The emergence of the UFC was made possible thanks to the efforts of Art Davie, a California-based businessman who had a passion for martial arts. Davie met Royce Gracie, a jiu-jitsu instructor from Brazilia who had his own school in Torrance, California, and became his student. The Gracie clan were known for closely guarding their fighting secrets and having a long history of holding competitions on Vale Tudo, a predecessor of Brazilian mixed martial arts tournament. Royce’s father, Hélio Gracie, a master of Brazilian jiu-jitsu, became famous in 1951 for his battle with Masahiko Kimura, a legendary judo athlete. Although the Brazilian did not win, he deserved respect for his stamina and fighting spirit.

Inspired by Gracie’s victories over different martial arts practitioners, Davie suggested holding a tournament called the War of the Worlds. This competition was to demonstrate the fighting skills of eight participants who represented different schools of martial arts. John Milius, a renowned film director and screenwriter, agreed to be a creative director for this competition. So, Davie came up with a business plan and had twenty-eight investors sponsor the creation of the WOW Promotions Company, thus turning the tournament into a full-fledged TV show.

Back then, most fighters practiced only one style and had limited experience fighting representatives of other martial arts. Karate enthusiasts claimed that with the right technique even a tiny little man could defeat a gorilla-like opponent. Therefore, the question on everybody’s lips was whether a wrestler could beat a boxer. Determined to prove the power of Brazilian jiu-jitsu, the Gracie family sent their representative to the tournament. It was not Rickson Gracie, an athlete with a strong physique, but his younger brother Royce, who looked much weaker than his opponents.

The Octagon, an octagonal cage, where fights were supposed to take place, became a symbol of martial arts competitions and is still an official trademark of all UFC tournaments. There were even plans to build a water ditch full of sharks or crocodiles along its edges or put up a live-wire fencing around it so that none of the participants could escape before the end of the fight. Fortunately, this idea was scrapped later on.

Thus, the first UFC tournament took place in the McNichols Sports Arena in Denver, Colorado, on November 12, 1993. The participants were two kickboxers, a shoot boxer, a karateka, a sumo wrestler, a boxer, and representatives of French savate and Brazilian jiu-jitsu. Though being much smaller and lighter than his opponents, Royce Gracie won in all three fights he fought, thus becoming the lightest athlete to win the first UFC tournament. His victory fetched him a $50,000 cheque and made him famous worldwide. More than 2,800 spectators and hundreds of thousands of TV viewers watched the tournament.

The first competition in Denver brought about a real revolution. The number of people willing to order a pay-per-view surpassed the expected amount and reached 86,000. So, the tournament, which was conceived as a one-time event, was to be continued, with the UFC becoming the main mixed martial arts league in the world. The number of students willing to study jiu-jitsu at Gracie school increased from 50 to 1,000 over a month. Jiu-jitsu became very popular among all other martial arts practitioners, and its techniques have been introduced in many action movies since then.

For nearly a decade, Mixed Martial Arts (MMA) was on the verge of being forbidden as a sport in the US. Opponents of this kind of entertainment accused the UFC organizers of indulging in excessive cruelty. Over the years, the UFC has earned a reputation for being an extremely brutal sport, and its audience has been repeatedly warned about it before the start of every fight. In response to that, the UFC organizers periodically introduced new sets of restrictions, thus turning a blood-filled show into a sport. Thus, under pressure from the Nevada state authorities, the UFC rules were changed to give athletes more safety and guarantees of fairer terms.

UFC tournaments were initially held in the open weight category, the difference in weight between two fighters sometimes being 400 lbs (180 kg). That was the case in the Keith Hackney vs. Emmanuel Yarborough fight at the third UFC. However, the early UFC combats quickly proved that strength and weight did not always give you an edge over your opponent.

UFC competitions owe their popularity to their novelty, realism, and the efforts of their producers. ’Fights without rules’ quickly attracted the attention of critics and authorities.Senator John McCain who was present at the first UFC tournament found it disgusting. He personally launched a campaign to ban these fights, calling them ’human cockfighting’. McCain sent letters to governors of all 50 states asking them to ban the tournaments. Later on, the senator changed his opinion on the UFC and MMA. He was accused of having accepted bribes from boxing promoters who had considered the UFC their major competitor.

As a result, the UFC was banned from most TV and cable channels. Thirty-six US states, including the city of New York, adopted laws against ‘fights without rules’. In response to the criticism, the UFC managers had to further modify their rules by removing some of the most dangerous elements but retaining the basic striking and wrestling techniques. During the 12the UFC tournament, weight categories were introduced, while boxing gloves became obligatory starting with the 14th. At UFC 21, fights were five-minute rounds, thus turning a fighting show into a sport. In April 1995, Davie and Gracie sold their shares of the company and terminated WOW Promotions. Davie continued to work as a matchmaker and UFC President until December 1997.

In 2001, Dana White, a former boxing promoter, became President of the UFC. Following his appointment, the organization launched an aggressive promotion campaign in the US and other countries. Sometime later, Frank and Lorenzo Fertitta, owners of Station Casinos, bought the UFC via a company called Zuffa Company (‘zuffa’ stands for ‘fight’ in Italian), which was specifically created for this $2-million deal. Then, the UFC got a permit to stage fights in Nevada and was allowed back on cable TV. Its 40th tournament, which took place in November 2002, proved to be a big success. The MGM Grand Arena was completely sold out in advance, and the number of cable TV viewers reached 150,000, thus beating the previous record by three times. Media giants like ESPN and USA Today sent their commentators to the event.

After the deal with Zuffa, the UFC’s popularity began to steadily grow. It owed its success to effective advertising, corporate financial support, staging tournaments in the Taj Mahal Casinos and MGM Grand Arena, return to pay-per-view cable TV, and sale of videotapes and DVDs. Soon, the Ultimate Fighter reality show was launched, and Spike TV signed a contract with it in 2005. The show instantly became very popular, and the 2005 fight between Forrest Griffin and Stephan Bonnar was voted the best fight of the year and the best fight in the UFC history.

Soon after that, Spike TV also launched the UFC Fight Night, Countdown, and UFC Unleashed shows. In March 2007, the UFC bought the Pride Fighting Championships, its Japanese competitor, for $70 million. Experts called this acquisition an epoch-making event that had a strong effect on the whole MMA and gave way to the rise of a huge sports association similar to the National Football League.

Since 2006, the UFC has grown into a multi-billion global enterprise. Now, the number of pre-paid orders for UFC fights exceeds 1,000,000. The majority of UFC athletes hold prominent positions in the world rankings. UFC fights are watched in 130 countries and in 20 different languages. Its representative offices are already operating in Canada and the UK, while UFC tournaments are scheduled to be held in several EU and Asian countries.