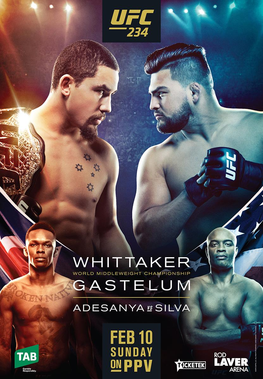 Middleweight champion Robert Whittaker puts his belt on the line in front of his countrymen this weekend as he his challenged by fellow TUF winner Kelvin Gastelum in the UFC 234 main event n Melbourne, Australia. In the co-main event legend Anderson Silva faces the new kid on the block and fellow striking phenom Israel Adesanya as the young gun tries to prove it’s time for a changing of the guard. Go behind the scenes and into the training camps of these fighters with UFC 234 Countdown: Whittaker vs. Gastelum.