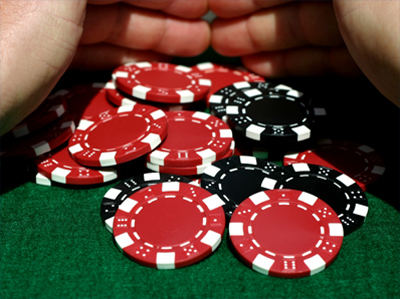 In the ocean of good live mobile casino games on which a player can earn big amounts of cash, there are always a few of them that come with some of the worst winning odds. Those are the ones that you should avoid at all costs. What is really meant by that is that those games have a high house edge percentage, and it is really hard to make money on them. For those who are not familiar with the term “House Edge” in gambling, it is the percentage of the bet that goes to directly to the casino’s budget. It shows the difference between the true odds win and the amount of the money that a player receives from the win. For example, the true odds would be when a gambler bets 2 dollars and receives the same amount, but if only 1.5 dollars are given back in return, that means that the house edge percentage exists. Now that you have been introduced with the traps on which a casino takes your cash it should be easier to recognize a quality game that gives good odds. To help you further with this gambling doubt, we are going to list some of the worst ones below, and explain why that is so.

Keno is a lottery-like game where a player chooses random numbers from 1 to usually 80 to mark on the given paper. The winning numbers are either drawn or selected with the help of the ball machine. This is the first game that comes to our mind when asked what to avoid. It has a worst house edge percent that goes from 20 to 30%. For example, by betting 100$, a gambler would lose 20-30$ per hour which is really bad.

If you have ever seen what roulette looks like, the big wheel game won’t be so difficult for you to understand. The difference is that the wheel is positioned vertically instead of horizontally. The whole wheel is divided into sections that contain a random number. A player has to guess one and see if the wheel lands on it. Because of the low odds to guess right one can understand why we listed this one. Not is only that a case but the house edge percent is high as well and ranges from 11% to 24% which means that a player loses about 11 to 24$ per hour on every 100$

Amongst of all other roulettes, the American one shows the lowest winning odds. The difference is that there are two zero spaces (0 and 00) which are there for the purpose of increasing the odds to the house. The general house edge percent for the game amounts about 5.2%. Looking at the previously mentioned percentages one would be fooled that this seems like a fair bet, but looking at the European slot, one would think differently. It only involves a single zero space which lowers the amount of cash given to the house by 2,7%. That means a player loses only 2.4$ instead of 5,2$ on a 100$ bet per hour.

There are all kinds of video poker games and not all of them pay as they should. The best way to avoid being fooled by this gambling trick is to know in advance which one pays fully and which doesn’t. If however, a player stumbles upon a non-full paying machine, the house edge is about 5%. This is important to know for those that want to make some real money using gambling machine.

In order of winning the jackpot when playing slot machines, it is required to spin the reels many times, sometimes for hours. As the house takes the percentage of a single spin one would understand why it is recommended to avoid playing slots. Imagine playing for a while and losing about 15% on every try. That would be a real horror, right?

What Should I Play Then?

As the ones that should be avoided have been already listed, it is now much easier to make the right choice. If a gambler wants to bet with fair odds, it is recommended to try out some of these: Blackjack, baccarat, poker, and craps.