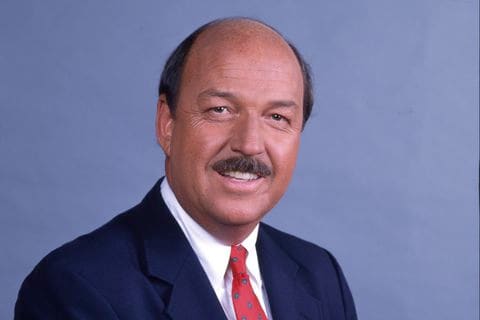 We reported a short time ago that legendary WWE and WCW interviewer and commentator “Mean” Gene Okerlund passed away at the age of 76.

He was beloved by almost everyone who knew him and he could party with the likes of Ric Flair, Kevin Nash, and Curt Hennig. Believe us when we tell you that anyone who ran with those guys knows that is saying something.

The obituary for Okerlund has been posted and it really did shed some light on who he was more than just the guy behind a microphone.

Eugene Arthur Okerlund passed away on January 2, 2019 at Sarasota Memorial Hospital in Sarasota, FL. Gene was born in Brookings, South Dakota on December 19,1942 to parents Arthur and Helen Okerlund (deceased). Gene grew up in Sisseton, SD and graduated from Sisseton High School in 1960. He was an all-around athlete playing basketball, baseball, football and track.

He was also an incredible musician, playing with the Harold Johnson Orchestra and then his own band, Gene Carroll and the Shades. He enrolled at the University of Nebraska to study journalism, and left after his first year to pursue a career in radio broadcasting. He began his working career as a radio disc jockey. He married his wife, Jeanne Okerlund in March of 1964. Gene and Jeanne moved multiple times in the late 60s for DJ gigs all over the country in markets from Flint, MI to Winston-Salem, NC. In 1967 they settled in Minneapolis, MN where they raised their two sons, Todd and Tor.

The full obituary can be read by clicking here.