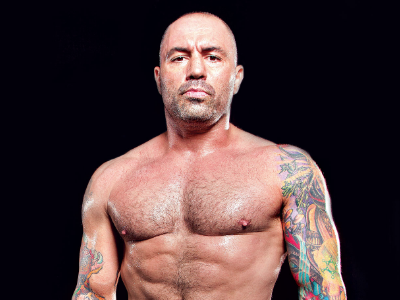 The head of the UFC just gave some high praise to commentator Joe Rogan. His voice has highlighted some of the best action inside The Octagon along with his former partner Mike Goldberg. Rogan was the host of NBC’s notorious gross out show Fear Factor who watched contestants eat and drink things that made viewers legit vomit in their homes. It also featured some brutal physicality in stunts which made it the perfect fit for his style. It was not a stretch to think the UFC would be an even better one.

Joe started way back at UFC 12 and on an episode of his Joe Rogan Experience he reflected on it.

What Dana said was surprising in some ways because calling someone ‘the best ever’ has been dished out to a few PPV stars often ahead of an event to drum up interest. Check out what he told Barstool.

When you talk about talent, he’s the best ever. Part of the reason we’ve grown so fast is because Rogan’s ability to walk you through what’s going on while it’s happening. He’s brilliant, he’s so good, and he’s so passionate about the sport. You feel it when you’re watching. This isn’t a guy who’s just there for the paycheck, this is a guy who loves this stuff. We didn’t pay Rogan the first 12 events he worked, he did them for free. He’s got a great voice for it too, his voice is great.

It’s hard to disagree with Dana. Do you agree? How does Rogan compare to Mauro Ranallo?