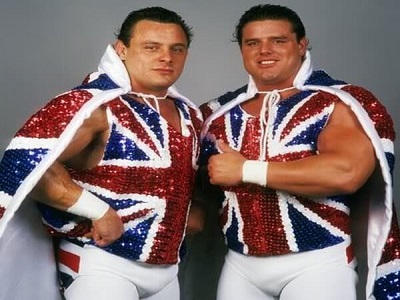 The wrestling world lost a true legend today. Tom Billington better known as “The Dynamite Kid” in professional wrestling was a legend and a pioneer in the ring. He is remembered most for being one half of the British Bulldogs tag team with his partner Davey Boy Smith. Tom will be remembered for being one of the performers who popularized and set the bar for high flyers in the modern era. Shawn Michaels, Chris Jericho, and so many more had traces of his work in their own. He was tough, sometimes a little too stiff in the ring, but never shied away from taking a hard bump for the fans.

WWE released a statement about his passing…

WWE is saddened to learn that Thomas Billington, known to his fans as Dynamite Kid, has passed away at age 60.

Born in Golborne, Lancashire, England, Billington pursued sports-entertainment as a means to avoid a life as a coal miner. Although somewhat undersized, he possessed a ferocity and determination that earned him the nickname The Dynamite Kid.

As a singles competitor, he made his mark in WWE Hall of Famer Stu Hart’s Stampede Wrestling in Calgary, Alberta, Canada, developing a style that was both technically brilliant and wildly aggressive. It was in Japan, however, where Dynamite Kid set a new standard for junior heavyweight competition in a legendary series of matches against Tiger Mask, which would influence an entire generation of competitors, and help set the stage for brands like WWE’s 205 Live.

Dynamite Kid joined WWE in 1984 with his cousin, Davey Boy Smith, forming one of the most popular tag teams of their era, The British Bulldogs. Alongside their mascot, an English bulldog named Matilda, the duo battled it out in classic matches against Bret “Hit Man” Hart & Jim “The Anvil” Neidhart of The Hart Foundation, and defeated Greg “The Hammer” Valentine & Brutus “The Barber” Beefcake to win the World Tag Team Titles at WrestleMania II.

WWE extends its condolences to Billington’s family, friends and fans.

Professional Wrestling as we now it today. He flew high, and gave it his all every match. Thanks for everything and sad to have lost another family member. 😞 Rest In Peace Dyno. 🙏 🇬🇧 🐶 😢😢 pic.twitter.com/0p57E6dLwx

Our thoughts are with his family.