To no one’s surprise the fight between kickboxing standout Tenshin Nasukawa and Floyd Mayweather Jr will have special rules. Take a guess what they are. Yep. No kicking meaning Floyd still hasn’t backed up his claims he would fight in any kind of mixed rules bout. It’s another boxing match with someone primarily not a boxer.

After it was announced that RIZIN would host a December 31st fight between Mayweather and Nasukawa we were all excited. Then Floyd said it was a miscommunication between he and the organization and the conditions for the fight were different than he was originally told. Floyd is the master of manipulation when it comes to self promotion and after getting the initial press, the coverage of his claiming it was off, and now the news that it is back on he has been a headline three times. Genius.

Here’s how we found out it was back on and the new rules. It was this Instagram post from Tenshin. 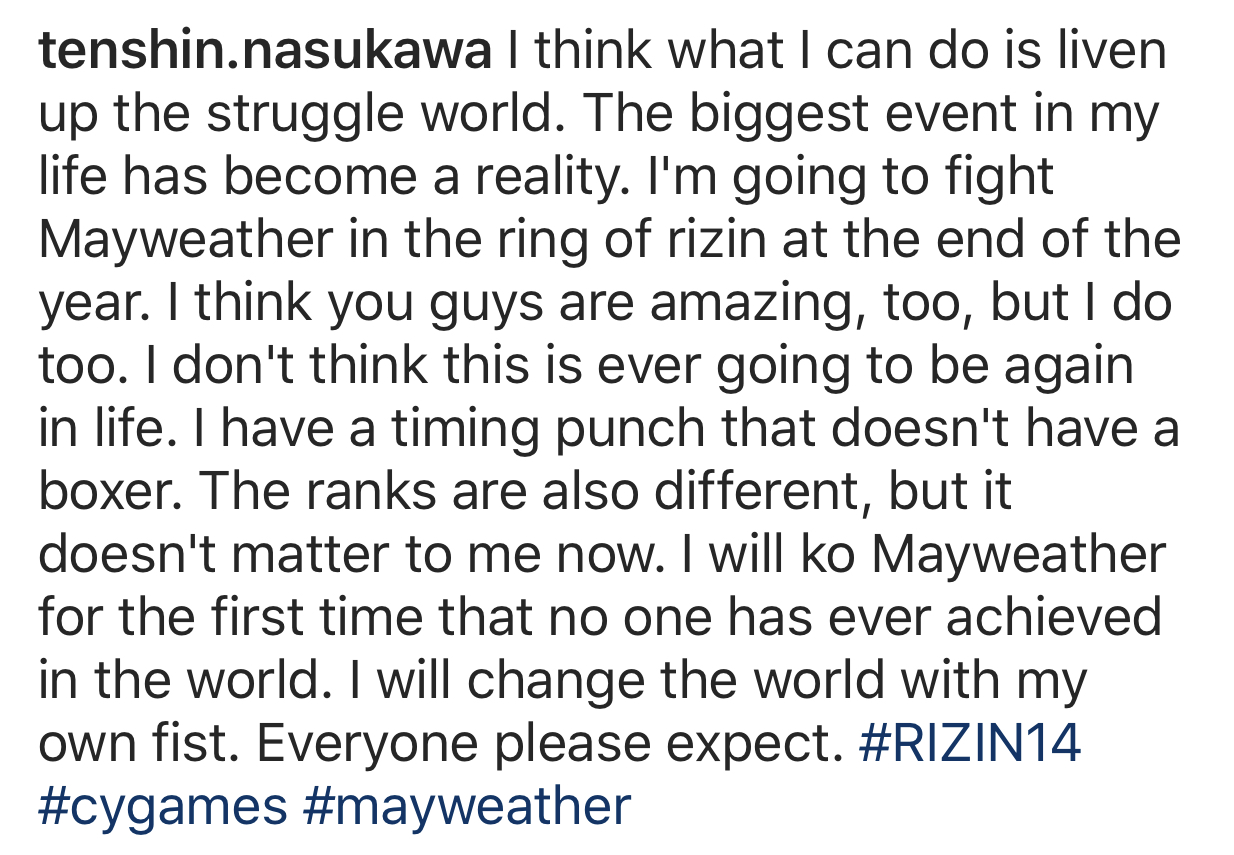 So what do you think? Will this actually happen and if it does – who wins?