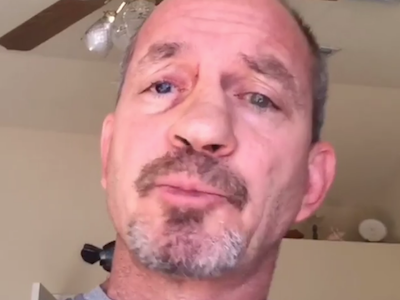 Donald “Cowboy” Cerrone etched his name in the record books Saturday night with most wins and most finishes in UFC history. It was an epic moment as he brought his newborn son into the cage after the fight and he talked about the impact being a new father has had on him. However, not everyone was celebrating. There was a very public fallout with Cerrone and his former gym JacksonWink MMA before the fight and his old coaches were in his opponent Mike Perry’s corner during their fight. After being taken down by Perry in the first round Cowboy snapped Perry’s arm with an armbar submission. Perry’s coach Mike Winkeljohn spoke about Cerrone’s “loyalty” complaints and them choosing to back Perry over him. Coach Wink also commented on Perry’s decision to take Cowboy down during the fight.

“Any gym owner would tell you cancer has to be removed. It’s removed. The gym has no drama, it’s a happy place. I’m a happy. guy.”   -Coach Mike Winkeljohn

Loyalty is 2 sided! I haven’t worked with @cowboycerrone in over 10 years. #loyalty @joerogan @mmajunkiedotcom