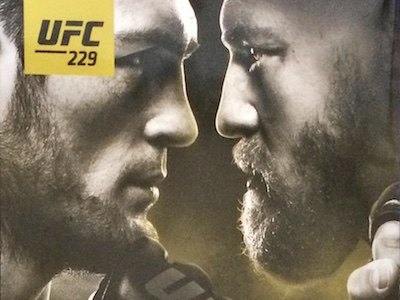 UFC 229 may have been over last month but the aftermath of the post fight brawl is still going as is the talk of a rematch. The main event was a blockbuster featuring Conor McGregor and current light weight champion Khabib Nurmagomedov  that ended in a lopsided submission win for the champ.  McGregor may have lost the fight but he has been everywhere even the mainstream media like he never skipped a beat.

The event came in over the 2 million buy mark in pay-per-view sales and Khabib himself admits that Conor was the spark.

You know, you should give credit to Conor. He is very popular. Was I as popular before the fight? I don’t think so. But if you compare us as athletes, I proved that I am better. But as a star he is much brighter than me. I don’t know how much now, but before the fight, definitely.