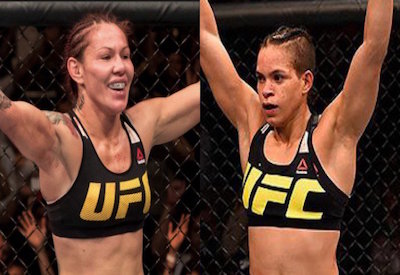 UFC 232 is shaping up to be a stacked card and this women’s bout is one of the most exciting in the history of the UFC. There are plenty of offers available for punters on Bgo casino and women’s featherweight champ Cyborg will be starting as the favourite for the fight. Here we cover the careers of both fighters.

Cyborg has been the most feared and avoided women’s MMA fighter in the history of the sport. This is for good reason as the 33-year-old now has an MMA record of 20-1-0, with her only defeat coming in her first fight back in 2005. This was a loss via submission but since then she has gone from strength to strength. She fights out of San Diego and the Brazilian is renowned for her overall destructive fighting style.

This 13-year undefeated run has included three victories via decision including her dominant performance over Holly Holm. She normally stops her opponents with an 85% TKO record of 17 stoppages. Will it be the same against Nunes? This is set to be the biggest test for Cyborg as she faces off against another fighter who is renowned for their high level stand up game.

Nunes is another star Brazilian women’s UFC fighter. The 30-year-old known as ‘the Lioness’ is the current Bantamweight title holder and will be stepping up to face off against Cyborg for the women’s featherweight belt. This fight has long been in the works and the two of them are the most destructive fighters in women’s MMA.

Nunes has really taken her game to the next level in recent times, and is now on a winning run of seven that dates back to 2014 at UFC 178. You only have to look at the opposition of her recent victories to see the level she is fighting at. She has beaten Valentina Shevchenko twice, Miesha Tate, Ronda Rousey and most recently Raquel Pennington. These are all top class opposition which is why she rates the biggest test for Cyborg in the UFC.

Nunes is renowned for her power and aggressive stand up game which is shown in her TKO record of 69%. She also has three submissions and two decisions on her fight record. With both fighters being about their stand up game this sets up for another exciting contest. It is going to be explosive and is the most anticipated women’s fight of modern times.